Governor Yahaya Bello is stranded at his Agassa Okene-eba Ahachi ward due to card reader failure. 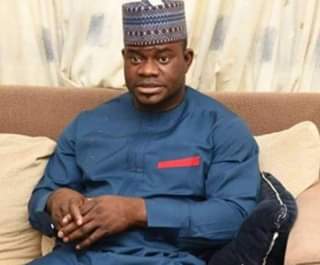 Governor Yahaya Bello is stranded at his Agassa Okene-eba Ahachi Ward Unit 011 due to card reader failure.The governor, who has been at the polling unit alongside his wives since 8am, has been unable to cast his vote as at 9.10 am due to malfunctioning of the smart card reader.


Around 9:46am at an Open space AGASSA Okene LGA. Kogi State.
The governor  voted after the card reader was back to normal and is addressing the electorates. He urged the voters to be peaceful and eschew violence.
By UNCLE B🤗
Labels: election, govornor, gyb, kogi central, yahaya bello