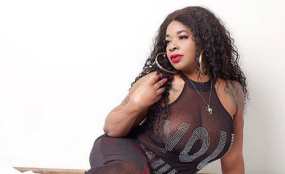 She also said she's beginning to make money from her x-rated videos and plans to expand soon.

"My line of work does not stop me from being a good mother. I'm a wonderful mother who will do anything possible to provide for her kids and protect them by all means," she said.